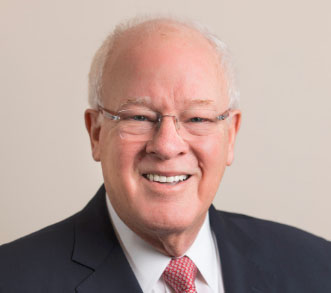 Scott Weiner is a Senior Advisor in the area of energy market strategy to my-RESI LLC . Scott’s experience spans the fields of energy and the environment with a focus on the intersection of entrepreneurship and public policy. Prior to assuming his current role at my-RESI, Scott has had a distinguished career as an executive, public official and educator.

Scott has served as a senior executive in several private and public corporations within the energy sector. These include serving as Senior Vice President for Market Structure and Regulatory Affairs at Sithe Energies, Inc. where, among other activities, he led the company’s business participation in the opening of the three eastern wholesale electric markets. Scott also served as President of Ballard Generation Systems and a member of the senior management team of its publicly traded parent, Ballard Power Systems, where he was responsible for leading the development of applications of Ballard’s PEM fuel cell technology in utility and portable power applications. He was Senior Vice President and General Counsel of Petra Solar, Inc., which developed a highly distributed 40 MW distributed solar generation facility that is comprised of a single PV panels mounted to utility poles. Scott’s experience also includes an appointment as Vice President for Corporate Development at General Public Utilities where he led the companies venture activities. Scott also served as CEO of the Actors Fund Housing Development Corporation that developed affordable housing for performing and visual artists.

Scott’s most recent public sector assignment was as Deputy, Markets & Innovation, at the New York Department of Public Service where he was responsible for leading the staff work in support of New York’s Reforming the Energy Vision (REV) initiative, laying the foundation for a 21st century grid by redefining the role of New York’s energy utilities and the regulatory framework administered by the New York Public Service Commission.

Scott has held several other senior positions in the public sector, including appointments as President of the New Jersey Board of Public Utilities, Commissioner of the New Jersey Department of Environmental Protection and Energy and Chief Counsel to New Jersey Gov. Jim Florio. Scott also served as the Vice-Chair of the NJ Executive Commission on Ethical Standards. He served as a Special Assistant Attorney General and Special Counsel to New Jersey Gov. Jon Corzine and thereafter as CEO of New Jersey’s school construction program, in which capacity he led the restructuring and refinancing of the New Jersey School Construction Corporation to the NJ Schools Development Authority. Scott’s experience at the federal level includes serving as a member of the Clinton-Gore EPA Transition Committee, and the US Commercialization Ventures Advisory Committee.

Scott is the founding Director of the Center for Energy, Economic and Environmental Policy at Rutgers University and has served as a Senior Policy Fellow and Faculty Fellow at the Edward J. Bloustein School of Planning and Public Policy at Rutgers.

Scott has previously served on the board of many industry associations and non-governmental organizations including as Chair of the U.S. Business Council for Sustainable Energy – in which capacity he led the U.S. clean energy delegation to the United Nations Framework Convention on Climate Change’s 4th and 6th Conference of Parties – the Solar Energy Industries Association, the Electric Power Supply Association, the National Hydrogen Association and the Center for Sustainable Development in the Americas.

HAVE A QUESTION? ASK OUR EXPERTS.